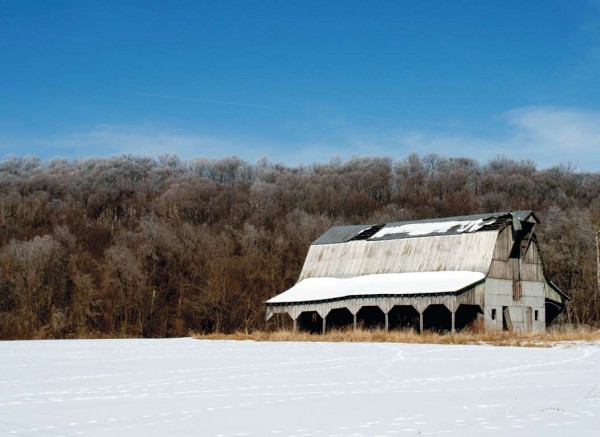 Tucked away in southern Illinois is a landscape of natural beauty as surprising as it is special. The Shawnee
National Forest, created by Franklin Delano Roosevelt in 1939, spans roughly 284,000 acres of lush forest,
swamps, bluffs, steep hills, rivers and wetlands.

Illinois is known as the Prairie State, but the glaciers that created the prairie never made it to southern Illinois.
Stopping just short of the Shawnee, the glaciers melted, with the runoff creating the magnificent bluffs and
canyons. Swamps from the south, prairie plants from the west, Appalachian flora from the east and glacial
remains from the north meet there. The area is home to more than 500 vertebrate animal species and more
than 1,500 plant species, as well as dozens of sites with rich historical significance. It provides opportunities for
hiking, fishing, boating, horseback riding and camping, and it attracts characters as unique as the terrain. Yet
the region’s treasures remain relatively unexplored.

For three semesters, students of the School of Journalism at Southern Illinois University Carbondale reported
on the flora, fauna, geology, history and people of the forest and its environs. They found a biker who
opened a root beer saloon, a transplanted Chicago couple who took over an old-fashioned general store and
a retired postmistress who had spent almost all of her life within a few miles of her country home. The following
pages, along with the companion web site, offer a glimpse of what can be found in Illinois’ hidden gem.

Read more about the Shawnee Forest:

The Shawnee Forest: An Introduction

Tecumseh: Chief of the Shawnee

View an interview about the Shawnee Forest project