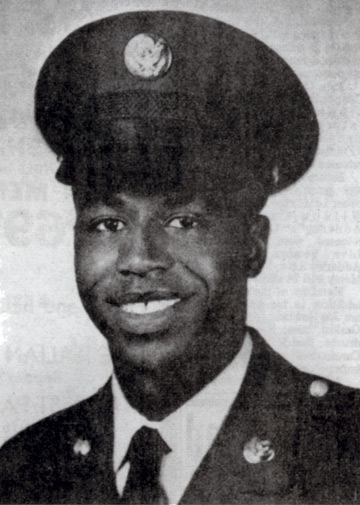 July 15, 1967 was an unusually cool day for summer in southern Illinois. The high was 79. The racial situation seemed calm, but, beneath the surface, was slowly reaching the boiling point. When Hunt turned up dead inside a Cairo police department jail cell at 1:30 a.m. on July 16, hellish violence, noisy protest, and an exhausting, six-year struggle for civil rights followed.

Hunt, 19, was visiting his grandmother in Urbana, Illinois when he made the fateful decision to visit relatives and friends in Cairo. According to the Civil Rights Commission, Hunt was riding in an automobile with five others on the night of July 15 when Cairo police stopped the vehicle, allegedly for having a defective taillight. Many blacks told the Commission of being pulled over by Cairo police officers for dubious reasons and then being thrashed with a verbal, and sometimes physical, abuse. Hunt responded to the policeman’s verbal barrage with a spoken onslaught of his own, the Commission found. He was charged with disorderly conduct and taken to jail. Police reported they locked Hunt into a cell at 12:30 a.m., and found him “approximately 30 to 40 minutes later…hanged by his t-shirt.”

The police called for a doctor. The black physician pronounced Hunt dead and then immediately contacted the coroner for Alexander County, Leo Siers, was satisfied with the police account. After Hunt’s aunt identified his body, Siers quickly and quietly ruled the death a suicide that same morning, sent the body to an undertaker for embalming, and sent his body home to his grandmother in Urbana. Siers didn’t perform an autopsy.  Ewing recalls examining Hunt’s body and finding numerous bruises. Ewing then requested an examination of the jail cell where the body was discovered to see if the police’s story matched the evidence. In 1967, walls that did not reach the ceiling divided cells in the police station. Wire mesh filled the gap between the ceiling and the top of the walls. According to police, Hunt tied his t-shirt to this wire

What actually happened to Robert Hunt Jr. in the early morning hours of July 16, 1967? Newly discovered information answers some questions and raises many more.mesh to support his weight as he hanged himself. Upon examining the room, Ewing attempted to pull himself up by the wire mesh, which immediately collapsed under his thin frame. Ewing concluded it was impossible for Hunt to have hanged himself in the manner described by police.

The police report of Hunt’s arrest is lost to history. The police claim that Hunt was held because he was AWOL is contradicted by Army records and relatives’ recollections.

Hunt’s military file, obtained by The Cairo Project, makes no mention of his being AWOL. Instead it lists decorations, awards, and a list of principal duties performed. Hunt was buried with full military honors. A letter of sympathy addressed to Hunt’s grandmother from his commanding officer, Capt. William V. Bogart, was published in the Urbana Courier on July 24, 1967:

I wish to extend to you my sympathy in your bereavement over the loss of your grandson, Private First Class Robert L. Hunt Jr. While in this unit, Robert was well liked by all his associates. He was an excellent soldier, performing all tasks assigned to him in a cheerful and efficient manner. He was an outstanding soldier off duty as well as on duty; he conducted himself in such a manner that he was a credit to the United States Army. His death came as a great shock to all who knew him, and I trust you will find a measure of consolation in the knowledge that your grief is shared by the members of this command who were closely associated with him. The sincere sympathy of the members of this command is extended to you during this most difficult time.