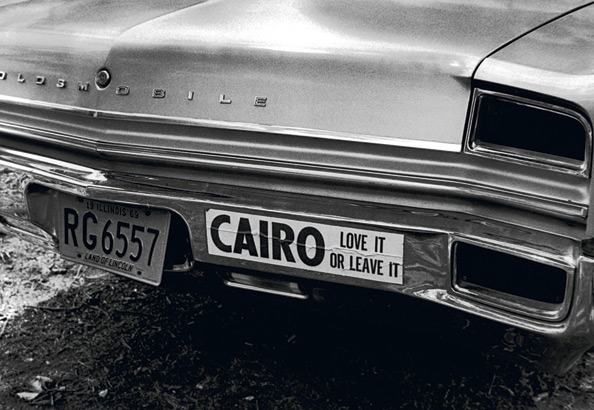 This is not a eulogy one would write for a soldier who had gone AWOL. Nor did Hunt’s relatives detect anything amiss in the days before his death. Hunt’s grandmother, Salley Dorsey of Urbana, reported that while Hunt was visiting her in early July he “appeared to enjoy military life and did not appear despondent in any way.” Before leaving to visit his relatives and friends in Cairo, Hunt told his grandmother “he would be back to see her before returning to the military base and would correspond with her on a regular basis.”

The newly released FBI files add more new information to the Hunt case, while adding to the mystery. An FBI special agent interviewed Cairo’s Assistant Chief of Police, Enloe Jones, the same day Hunt’s body was found. Jones stated that, “a prisoner in the cell with Hunt has stated that Hunt hung himself with his t-shirt and there was no foul play involved.” This is the first statement seen that alludes to a cellmate inside the same cell as Hunt. This cellmate’s name may be lost to history along with the police report. The cellmate’s presence in the cell raises the questions: Why didn’t the cellmate try to prevent the hanging? If Hunt was hanging himself, why did the cellmate not, at the very least, shout to alert guards in the city jail? Why didn’t the FBI interview the cellmate?

Robert Hunt’s funeral was arranged for Saturday, July 22, but the state NAACP was working to delay the burial so an autopsy could be performed. FBI files state that Dr. Fred Crockett, physician and Illinois State President of the NAACP, contacted the FBI on July 20 and was interviewed regarding claims that Hunt’s civil rights were violated in the Cairo city jail. Dr. Crockett recounted Ewing’s findings in the Cairo jail regarding the wire mesh. Dr. Crockett demanded that Siers, the Alexander County coroner, perform an autopsy, but Siers refused, saying he was satisfied with the suicide classification. Dr. Crockett then contacted the Champaign County coroner, the county in which Hunt’s body was about to be buried. The Champaign coroner informed him that, because Hunt died in another county, he did not have jurisdiction. Dr. Crockett informed the FBI that he was in contact with NAACP National Headquarters and “would exhaust all legal means to have the autopsy performed.”
The sentiments of one Cairo resident are expressed on the bumper of a 1960s-era Oldsmobile.

If Dr. Crockett expected to spur the FBI into investigating the potential violation of Hunt’s civil rights by the Cairo Police Department, his hope was misguided. By this time, three days after Hunt’s death, violence had escalated to the point that the National Guard had Cairo on lockdown. The newly released FBI files show that the events in Cairo were under heavy FBI surveillance for the week after Hunt’s death, with summaries sent directly to the White House and Attorney General. Interestingly, files pertaining solely to the riots and protests in Cairo and not the Hunt investigation are all under the subject heading “Robert Hunt Jr. Cairo, Illinois City Jail – Suicide.” However, the FBI was clearly more interested in curtailing Cairo’s hostilities than investigating Hunt’s death.

In a July 19 memo to the director marked “urgent,” the Springfield FBI writes: “In view of the current turmoil where the National Guard, the state and local police are trying to contain a potentially violent situation, where vandalism and destruction of property have already occurred, it is recommended that no action be taken on Dr. Crockett’s complaint at this time.”

William H. Freivogel, director of the School of Journalism at SIUC who formerly wrote about the Justice Department, says that it is “highly improper for the FBI to decide not to investigate a crime based on the anticipated community response, rather than the evidence.”