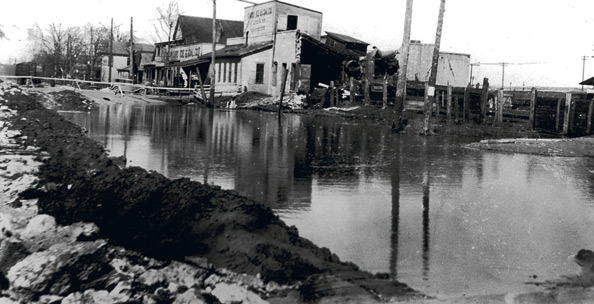 But there were already visible signs of economic and social decay. One day in 1913, the Cairo Evening Citizen ran an article on the front page with the headline, “What is the matter with Cairo?” It was written by a local businessman lamenting the fact that businesses were not coming to Cairo. The article appeared with little foreshadowing and passed almost as quietly as it came. Few appear to have paid any attention, and the ominous words drifted away quietly like a stick tossed into the nearby Mississippi.

It was a question that would not be asked again for nearly five decades. Indeed, the article was the first of several darker notes in Cairo’s history, many of which would never appear in the newspapers.

In the late 1930s, jobs were lost as the river industry was replaced by the railroads. Population began to decline.

The writers of the newsletter said, “Until now, this self-appointed capital of ‘Little Egypt’ has been shackled by several heavy chains in its campaign to attract a greater number of sound industrial establishments.” The newsletter did not describe the “heavy chains,” but people were already noticing a problem that has plagued Cairo into the 21st century. Businesses were leaving and weren’t being replaced.