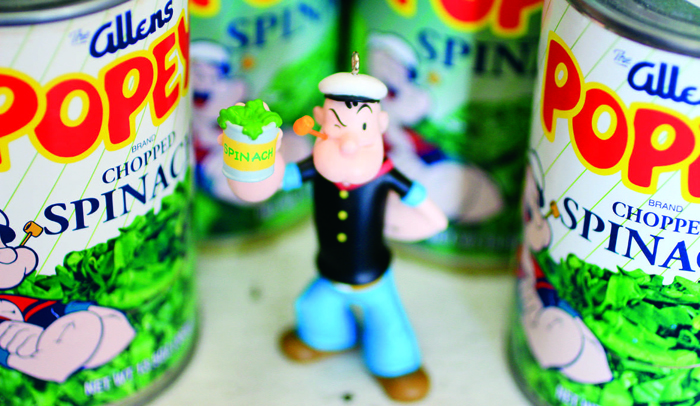 Story and photos by Ai Saito

Spinach Can Collectibles, located in downtown Chester, is the gift shop and museum of all things Popeye. Owners Mike and Debbie Brooks estimate they have more than 7,500 Popeye-related items, which they have collected from all over the world since they got together in 1972.

Mike said that before they got married, he and his wife found out they both had interests in Popeye and have been sharing some “Popeye magic” ever since. In 1990 they were told about Chester, the hometown of Popeye, and they began attending Chester’s annual Popeye Picnic that same year.

“It was amazing,” he said. “It truly made a Popeye fan feel at home.”

In 1994, the couple decided to move to Chester from Tennessee, and soon after the Spinach Can Collectibles first opened its doors to the public.

“I love running the store,” Debbie said, after 18 years of the shop’s operation. “I love coming to work because I never know who is going to be coming through this door from one day to the next.”

Debbie said people who grew up with Popeye come in from all 50 states and 67 countries.

“I don’t meet strangers; I talk to everybody,” Debbie said. “It’s something, if we hadn’t have done it, we would’ve always wondered why we didn’t.” 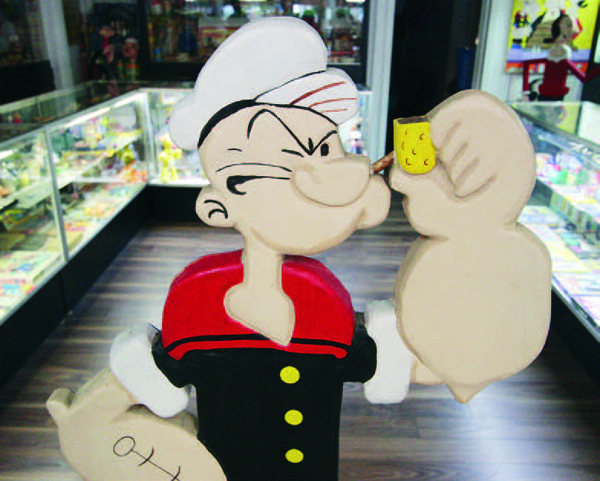