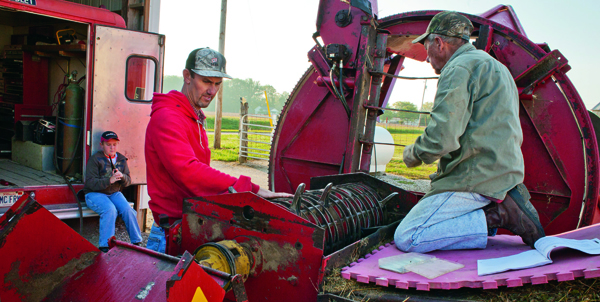 Story and photos by Nathan Hoefert

“To bring in the harvest is very satisfying work,” said Jack McCormick, who owns and manages the family farm along with his father, Paul. The farm has been running since 1941, when his great-grandfather purchased the land. The family continues the tradition, growing corn, soybeans, wheat and barley, as well as reserving some hay pasture for their beef cattle.

“We are doing this not to get rich, but to carry on the tradition,” he said. “That is what farming is all about. It’s about carrying on.”

“We don’t sell out, it’s basically handed down from generation to generation,” Jack added. “Those before me didn’t (sell out) and that gave me the chance to keep going. That is why I want to keep this tradition for my son alive.”

The McCormicks have been combating the drought that struck the Midwest last summer. Despite the lack of rain, the soybean yield was above average.

“Our future is in the hands of Mother Nature,” said Jack, whose son Jared has also joined the family in working on the farm.

After harvesting the grain, the family hauls it to Evansville to be sold, but the work doesn’t begin or end with the harvest. 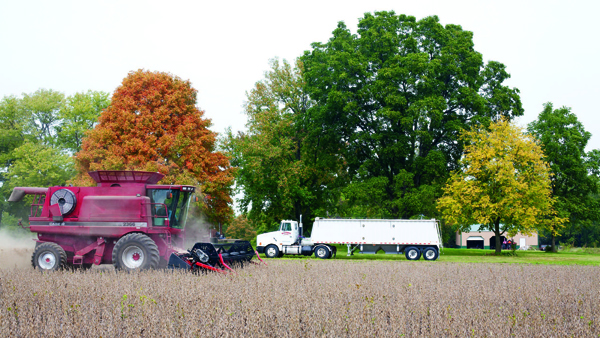