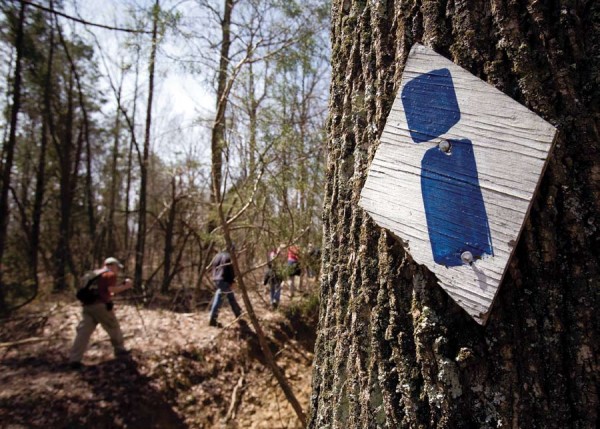 For an entire summer in 1994 John O’Dell and three friends spent two days a week in the Shawnee National Forest, hauling backpacks filled with hand-painted diamond-shaped signs, nailing them to trees and posts to carve out a path across southern Illinois. In the 15 years since, hikers have been drawn to the Shawnee from across the globe, attracted by scenery ranging from high bluffs overlooking a lush valley of pine trees at Ferne Clyffe to the mossy cool of the cascading waters at Burden Falls.

Perhaps nobody has done more to advance southern Illinois as a hiking destination than O’Dell, the founder of the River to River Trail Society. The not-for-profit volunteer group’s mission is to maintain a 146-mile long trail that meanders across the bottom of the state, from the Ohio River on the east to the Mississippi on the west. There was no marked trail connecting the two rivers at the time O’Dell, a retired school superintendant, founded the society.

He said it was difficult to understand why an area rich in scenic attractions and heritage received so few tourists. His desire to bring people to the area while exposing its beauty and history led to the development of the River to River Trail. But there were two major obstacles: funding and charting the trail itself. O’Dell, who once served as a Navy navigator, struggled to find places to lay the trail. While O’Dell was looking for information in Southern Illinois University’s library, he came across a framed map with routes for a proposed river-to-river trail. The map was the work of the former SIU President Delyte Morris.

“That was the key to unlocking and making the River to River Trail,” O’Dell said.

It showed him that it would be possible to chart a footpath across the forest. Much of the Morris map was focused on equestrian use, but with the efforts of the River to River Trail Society, the Forest Service, the Illinois Department of Natural Resources, and Southern Illinois University Carbondale, a hiking trail was completed. White plywood markers, distinguishable by their diamond shape, with a blue dash and dot that looks like the letter “i” were used to mark the trail.

O’Dell and other society members cut and painted the markers by hand, and then trudged into the woods, hammer and markers at the ready until the trail was fully marked. As word has spread of the River to River trail, hikers have come from around the world to enjoy southern Illinois. According to O’Dell, the society now has over 1,300 members.

“I think anybody who gets out in the woods is going to be a better person for it,” O’Dell said. “Once they go into the woods, their knowledge and appreciation for nature increases.”

To maintain the trail, the society has a volunteer board of directors. Each director is given a section of the trail to help maintain. Directors are required to walk their section at least twice a year to ensure it is well marked and that fallen trees or washouts do not obstruct the path. The system is modeled on the efforts of those who maintain the famous Appalachian Trail. The River to River Trail has become part of the American Discovery Trail, which stretches from Delaware to Point Loma, Calif.

“A walk into the woods is one of the most wonderful experiences you could ever have,” O’Dell said. “It’s like walking through a museum, because there’s so many different things to experience.” 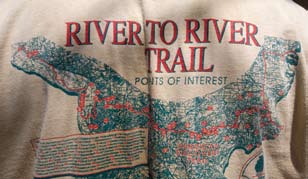