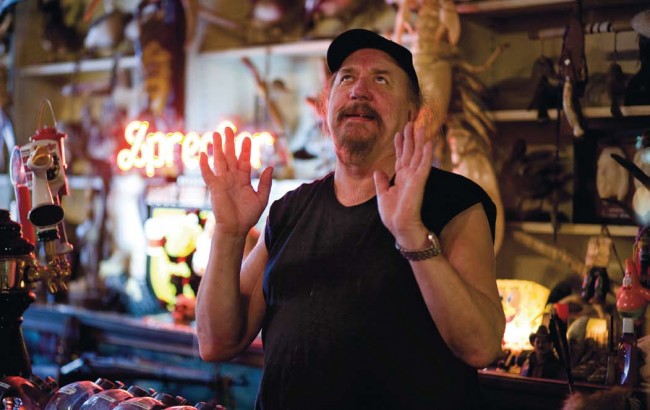 Story and photos by Joseph Rehana

Michael Blank’s face becomes animated as he talks about where he has been and what he has done — especially when the stories involve a bit of mischief. Blank, who owns a root beer saloon located in the remote hills of the Shawnee National Forest, has no shortage of mischievous tales.

The Chicago native left home at 16 and rode a motorcycle to Venice Beach, Calif., but that was just the beginning of his adventures. He has traveled from Jamaica to India to Spain, lived all over the country and crafted custom guitars for rockers such as Ted Nugent.

On a motorcycle trip to Michigan’s upper peninsula, Blank found the inspiration for a root beer saloon. “I stopped at this interesting bar…and noticed they had a tap that read ‘Sprecher.’ It was root beer.” Blank and his girlfriend, Cynthia Lucas, now run the Northwest Passage & Root Beer Saloon in Alto Pass, Ill., population 385. The restaurant serves a steady stream of interesting characters despite its small town atmosphere.

The restaurant’s décor is as eclectic as its customers. Blank and Lucas fill it with items they have collected, including rock ‘n’ roll memorabilia, a stuffed mountain goat, a python skin, an 18-pound lobster mounted behind the bar, nearly 200 sets of horns and antlers, a cigar store Indian, antique guns and a ceiling full of ducks Blank shot and stuffed himself. 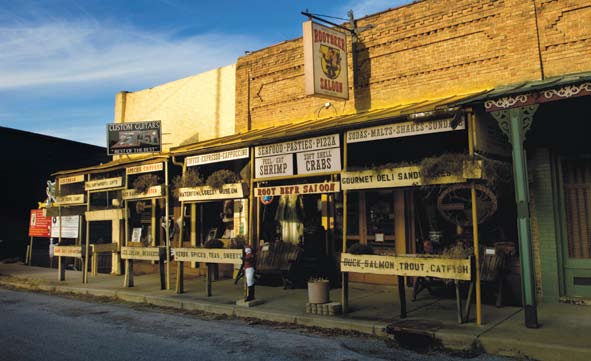