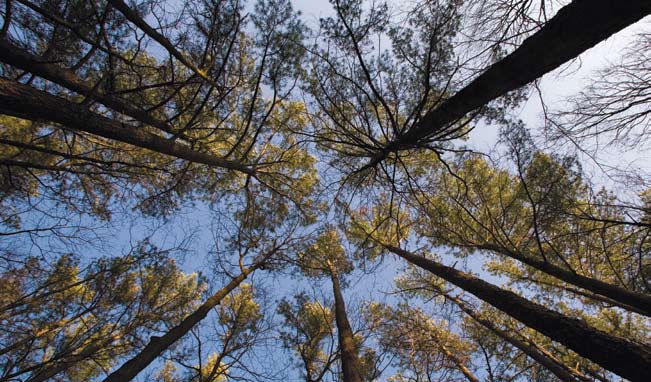 The whole country comes together in southern Illinois.

“It’s where east meets west, north meets south,” Widowski said. “As plants evolved over time, they moved north and south or east and west based on climate, and southern Illinois was in the middle.”

That explains a phenomenon such as the LaRue-Pine Hills area of the forest, where more than 1,150 plant species grow within six square miles, Widowski said. Plants normally found in the northern prairies, southern swamplands, and eastern and western forests all congregate here, where rocky cliffs border swampy marshes.

Retired Southern Illinois University Carbondale professor Robert Mohlenbrock called the area an “unbelievable synergy.” Mohlenbrock has written 62 books, including a three-volume set on the 156 national forests in the US. Having visited them all, Mohlenbrock said the Shawnee ranks near the top.

“It’s a surprising area and most people don’t even know we have somewhere like it in Illinois. It is astounding,” he said. “We have a little bit of the Appalachians, we have a lot of the Louisiana swamp species that have come up the Mississippi, we have plants from the prairies that probably got blown on westerly winds and we have little patches of prairies. Then we have things that the glacier pushed down from the north.”

The Cache River area bordering the Shawnee features the northernmost cypress-tupelo swamp in the nation. But there are threats to this distinctive habitat. Non-native species such as autumn olive, garlic mustard and Chinese yam have taken root in southern Illinois, and their evolution could change the natural face of the forest.

For instance, Widowski said garlic mustard could eliminate native wildflowers where it grows.

“In places where it’s starting to occur, there’s nothing else living there but garlic mustard. Obviously that changes the diversity, the animal makeup and everything else,” he said. “It’s green, but it’s not pretty.”

Daniel Nickrent, a professor of plant biology at SIUC, said while some may not see the dangers of allowing invasive species to flourish, the invaders can have a lasting negative effect on natural plant life.

“Some people might think, ‘Why are we worried about that? It’s green,’” Nickrent said. “But we want our native plants. It’s the choice we have to make. It just comes down to how much do you value our native stuff?”

Nickrent said spreading non-native plants might be completely unintentional, as it could be as easy as getting mud on a shoe. “Seeds are the way these really get around,” he said. “I could have mud on my shoe with a seed in it and I’ve tracked it in here.”

In an attempt to combat the spread of invasive species, the Forest Service uses prescribed burning and herbicides. Workers also dig up invasive plants when they spot them.

The forest’s Land Management Plan, released in 2006, calls for roughly 8,400 acres to be burned each year. Widowski said that would help keep the forest’s native hardwood trees healthy because young oaks need sunlight to grow. Softer woods, such as maples and beeches, grow above them, keeping the sunlight away.

Not everyone supports burning. Some environmental groups oppose the practice.

“(The Forest Service has) had symposium after symposium for decades about ‘how are we going to save the oak forest?’” said
Mark Donham, co-founder of the Regional Association of Concerned Environmentalists.

Hardwoods are “a huge food supply in the fall and over winter for lots of animals,” he said. “You’ve got a whole system tied to producing oak acorns and to some extent hickory nuts too. 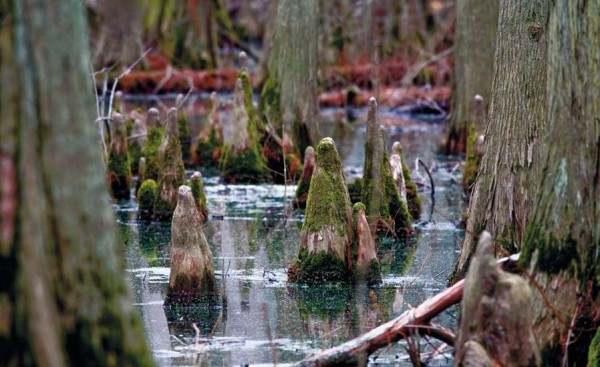