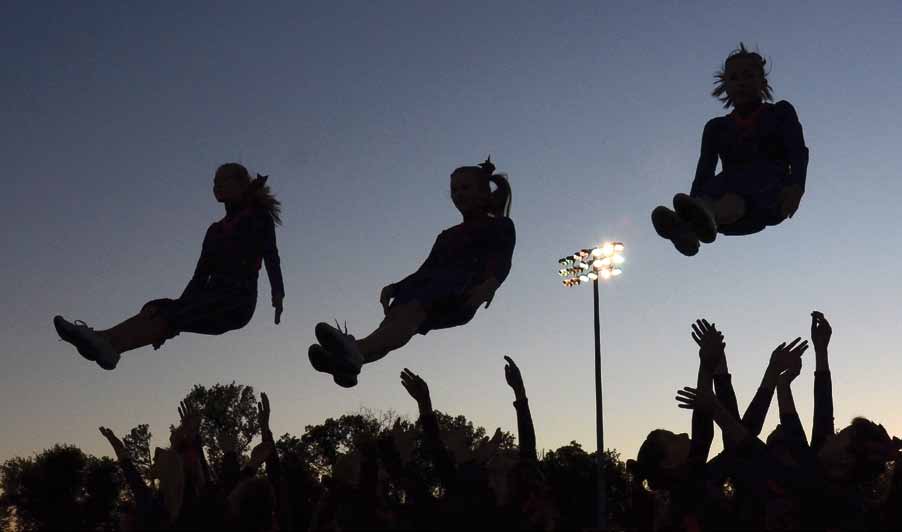 “We have to be as strong as a football player, as graceful as a dancer, and as flexible as a gymnast,” Dorsey continued. “[Cheerleading] is definitely a sport.”

The squad performs cheers at all home football and basketball games, rides in the homecoming parade, conducts cheer camps for young girls, organizes games and performs a dance routine for the homecoming pep rally.

Dorsey also allows the girls to be involved in decision-making and designing the team’s routines. She split them into committees to formulate the cheers and dance routine for the Carterville homecoming game.

According to Dorsey, who created a Facebook page to facilitate communication among the team members, the girls often talk of subjects unrelated to cheerleading, as well as spend time together outside of games and practices.

“It’s important, I think, to grow those relationships,” she said. “Communicating with each other, and just being positive in general is one of the biggest lessons we learn as cheerleaders,” Dorsey said.

“I put a big emphasis on being proud of whatever we go out and do,” Dorsey said. “The ultimate goal is to practice hard, be positive, work together and do our best at all times, and if we get a good score, that’s great. If we don’t, at least we did something that we can be proud of.” 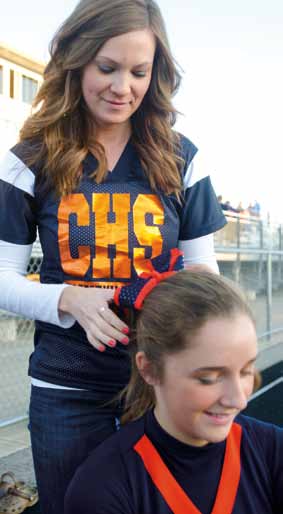 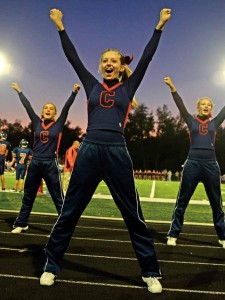